The Power of One or the Definition of Genius 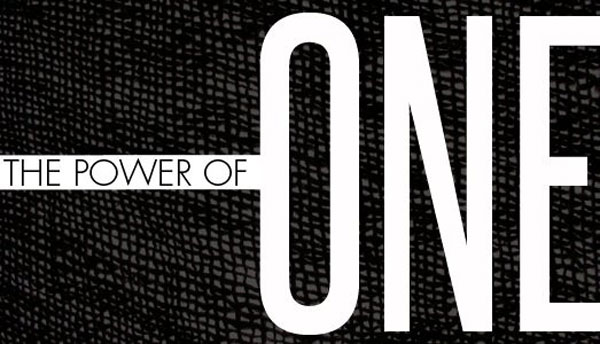 This is a true story, just as it happened.

In these times, Mohamed and I were spending our time in the Noga Hilton –today called Kempinski- of Geneva, Switzerland. Mohamed was a lazy student, with plenty of money. I was then a trader doing very good. We were meeting three evenings -or should I say nights- per week at the discotheque of the Hilton called Jimmy’s.

Being both of Arab race and despite of my then total ignorance of the Arab language, we both became close friends with a bunch of Princes. They were surrounded by a court offering them many things to buy.

These Princes surprised that neither Mohamed nor I would ask them for any money. I once asked Mohamed why he would not go into business with them. He replied: “Simply because I know how to make a fortune without a single effort and legally, of course. I have already made a plan.” On the spot, I thought he was just being arrogant.

About six weeks later, Mohamed showed up driving a beautiful Bentley. I asked him whether he got it from his parents. He smiled while lighting up a cigar and shaking his head. “No Marc! I just applied my plan and made effortless 21 million U. S. Dollars.”

I could not believe and asked him: “Is your plan really 100% legal?” “Of course!” he said laughing.

“Can you tell me your plan?” I asked. He shook his head again expressing a firm refusal.

“Come on Mohamed, we are friends! At least, give me a clue.”

“Okay… my plan is entirely based on the power of One.” He paused and continued: “If within ten years you have not made at least 100 million, I’ll tell you my plan.” I could not get any more from him, except for a lot of drinks and meals paid.

Before reading on, try to figure out his plan or another plan that works. Not easy, huh!

Fifteen years later, I randomly met Mohamed at the Hotel Prince de Galles in Paris and reminded him his promise. Over a nice dinner at the restaurant of the Hotel he laid out his plan.

For a long time a Prince had chased Mohamed to create a business with him or to invest in a business he would develop. Mohamed kept on refusing until one evening he said to the Prince: “If you want to do business with me, come tomorrow at 12:00am sharp. If you are only one second late, we will never do business together, no matter what is your excuse.” The Prince was shocked but as he was equally intrigued, he accepted.

The next day, Mohamed and the Prince met in a room of the Hilton. There was nothing on the table of the room but one telephone.

Mohamed asked the Prince: “Do you know one very powerful man in your country?” The Prince smiled and reacted: “I know many of course.” Mohamed shook his head. “That is not what I asked you, Your Highness. Do you know one powerful man you could call now and ask him One fifteen minutes appointment to, without giving him any reason?”

The Prince was increasingly more surprised and intrigued: “What do you want to ask this powerful man, Mohamed?” “I just want to ask him to place One single phone call, Your Highness.” The Prince wanted details but Mohamed refused. He only promised the Prince that he would not ask the powerful man for any money. The Prince called a prime level politician in his country and asked him a fifteen minutes appointment.

Mohamed and the Prince took a flight five days later to meet the politician. The Prince could not wait to hear what Mohamed had to say: “I would like to partner with the Prince and you, Sir. The bill of a multinational company who built a harbor for your country remains unpaid. I negotiated an agreement with this company: if we can get this bill paid before the end of the year, we will get a 30% percent collection commission. I propose to divide it into three equal shares.”

The politician placed One phone call to the national company in front of Mohamed and the Prince. Three months later, the bill was paid. “How much was the bill?” I asked.

The politician placed One phone call to the national company in front of Mohamed and the Prince. Three months later, the bill was paid. “How much was the bill?” I asked.

“How did you find out about the bill and how did you convince the company?” I insisted.

“I sent a prospection letter and corporate documentation to the 100 biggest companies in France telling them my company was specialized in governmental debt collection.”

“How did you think about it?” I asked.

“I read an article in a newspaper that said: unfortunately there are few means to force a government to pay from outside. So I thought the only way was to convince them from inside…”

How many human beings did throw a stone in the water to look at the waves thereby created? Yet only two thought about the fact that the wave was also in the air above the water: Leonardo da Vinci and Heinrich Hertz.