Private Equity Investment:
Where is the Exit, please? 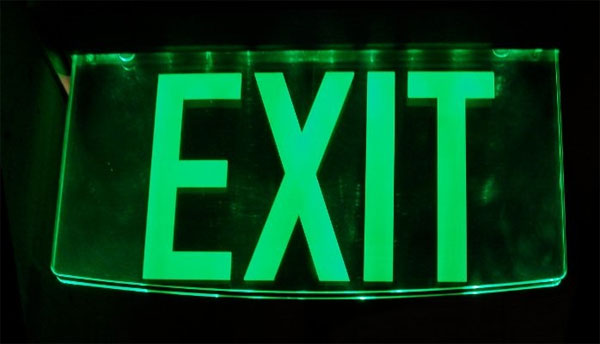 Most entrepreneurs write their business plan as a shopping list and a description of how they intend to build their project. Except for themselves and maybe a few, family, friends and fools who love or admire those entrepreneurs, nobody cares about it. At least not an investor, unless he perceives feasibility itself as an issue.

The entrepreneur usually does not understand that an investor wants his money back and sooner than later. It does not matter how rich is the investor, how great is the company. An investor wants to get out of the investment at some point in time.

When I started in the finance world in 1984, short term was one year or less, mid-term was two to five years and long term was ten years or more.

Nowadays, short term is three months or less, mid-term is a year and long term is three years. With that in mind, how can anyone think that an investor will wait years for a company to develop ?

So the investor wants to know from day one that the entrepreneur intends to pay him back and how exactly he plans to do it. This is the key question.

If the financing is under the form of a loan, against which I strongly advise in a startup phase, the duration of the loan and the interest rate set the conditions of said financing, if the entrepreneur or the startup can really honor the reimbursement thereof.

But how about equity?

If a startup was profitable ten years in a row from year one, which goes without saying, is never the case, it would take ten years for that startup to pay back its initial investment!

So where is the exit?

In an Initial Public Offering of the stock on a securities market.

Is it appropriate for every company?
No.
Can anybody do it?
No.

But any company who could do it, should definitely do it.

Unless the entrepreneur does not want to deal with administration and reporting or intends to commingle his private money with his company’s one. But in this case, he should stay far away from investors too, for that will also keep him out of troubles.