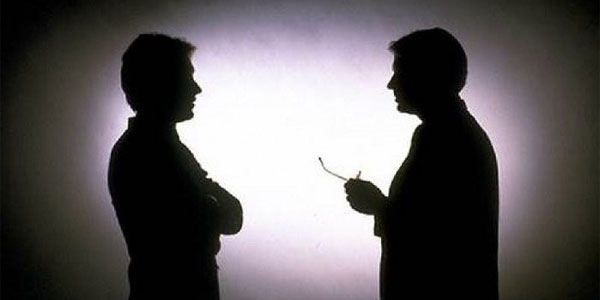 The Parley or the pre-contractual stage is a phase preceding the negotiation of a contract.

To prepare for the successful conclusion of a contract, two parties can enter into talks in two different ways: either informally informal talks or formally formalized talks.

The difference between these two modalities depends on the contract and the co-contracting parties. Talks conducted in a good way may allow for a better interpretation of the contract by the parties (or the judge).

The invitation to enter into talks

An invitation to enter into negotiations is a simple invitation, sufficiently broad and open, to allow future contractors to discuss the content of a contract.

It is a legal disqualification of the solicitation. Unlike the latter, an invitation to enter into negotiations must not be firm and precise: on the contrary, it must be sufficiently vague and open to leave traders a significant margin of negotiation.

The start of negotiations is based on the principle of freedom of contract.

In the informal talks, this freedom of negotiators is very accentuated: no commitments, the right to conduct parallel negotiations (also discreetly), the right to break the talks, but also the obligation of good faith Parties).

The only document used during informal talks is the Term Sheet.

The purpose of informal talks is to reach an Agreement in Principle.

Unlike informal talks, formal talks involve real contracts that involve one or more parties. This is called pre-contract.

The modalities of the talks is determined by the parties who intend to carry out a contract in the future:

Letter of Intent and Memorandum of Understanding that do commit the parties. Partial Agreement: agreement reached during negotiations to clarify key points. Provisional agreement: it is a real contract, it engages. Pact of preference: an undertaking by a party not to enter into a contract with a third-party. Promise of contract: either a unilateral contract promise or a synallagmatic promise (see articles 1102 and 1103 of the French Civil Code)

The Breakdown of the Talks

Talks can be terminated at any time under the principle of freedom of contract. However, this breach must not be faulty and abusive, failing which the tortious liability of the breach initiated under Articles 1240 and 1241 shall be considered. Therefore, it would be necessary to prove a fault (a single fault suffices), a prejudice and a causal link.

Even in this case of informal talks one can arrive at compensation from one party to another: it is the faulty breakdown of the talks. This breach is based on evidence of the bad faith of one of the parties. In this case, this party will be obliged to pay compensation of damages as a remedy.

Since the Manoukian judgment, one can only demand compensation for the abusive breakdown of the talks only from the negative interest. In other words, one can not claim compensation for the loss of the expected profits of the non-concluded contract. However, a ruling handed down by the Third Civil Division of the Court of Cassation on June 28, 2006, modifies the Manoukian jurisprudence: the party who is the victim of a break in the talks can no longer solicit compensation by evoking the loss Chance or expected gains.

Since Order No. 2016-131 of 1 October 2016, the initiative, the conduct and the breakdown of pre-contractual negotiations are free; The negotiators must imperatively comply with the requirements of good faith (article 1112, paragraph 1, C. civ.) Without the parties being able to derogate from it, as this is a public order (article 1104, paragraph 2, of the Civil Code) .

In the event of a fault committed in the negotiations, compensation for the resulting loss can not be used to compensate for the loss of the expected benefits of the contract not concluded. 1112, para. 2 C. civ.)