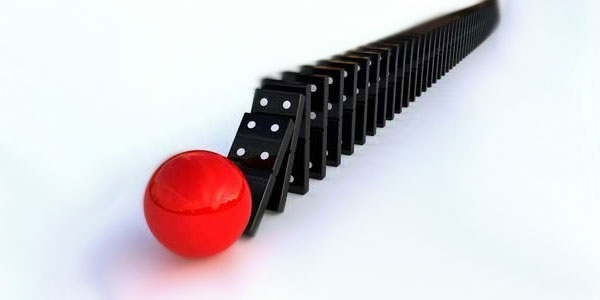 As discussed in my previous article “Is your company ready for an I.P.O. Initial Public Offering ?”, the main barriers preventing an IPO to happen for a company which is ready, willing and able to pursue it are the following:

In other words, there must be no doubt that the company is on its road to success.

Having founded two investment banks, a business process consulting company, a non-bar law firm specialized in private and public equity offerings and a corporate financing experts’ firm, I saw a number of companies with a high profitability potential that deserved investment banking services but could not afford them due to costs prior to the distribution of the securities, especially pertaining to the preparation and drafting of disclosure.

According to my mentor, as I have not found any source of information about that, Howard Hughes invented the Theory of Wagons. Following the legend, he had installed a giant train in his garden and had to put more than one wagon to give a ride through his property to groups of his guests. Seeing the wagons attached to each other inspired him to create a corporate growth theory.

Using this model, Howard Hughes was using the cash flow of his best-performing companies to finance his new ventures. Making basic financial mathematics analysis, it seems obvious that such system can only work if the locomotive and first wagons companies are highly profitable and that the investment in new ventures are far less than this profitability. According to my mentor, a ratio of 3 between the sum of profitable companies and the total investment required by the start-ups should be considered as a minimum for safety but I could never figure out how he came up with said ratio.

This theory made a big impression on me because I saw in it a corporate chain financing and I thought it could be the solution to overcome the first barrier for an IPO to happen. For a long time, I wondered how I could make IPOs cascading, the previous pulling the next one.

When I got to learn about the JOBS Act (Jumpstart Our Business Startups Act), I realized that the cost of small IPOs had been drastically reduced and thus that financing IPOs through a domino cascading process was now possible. 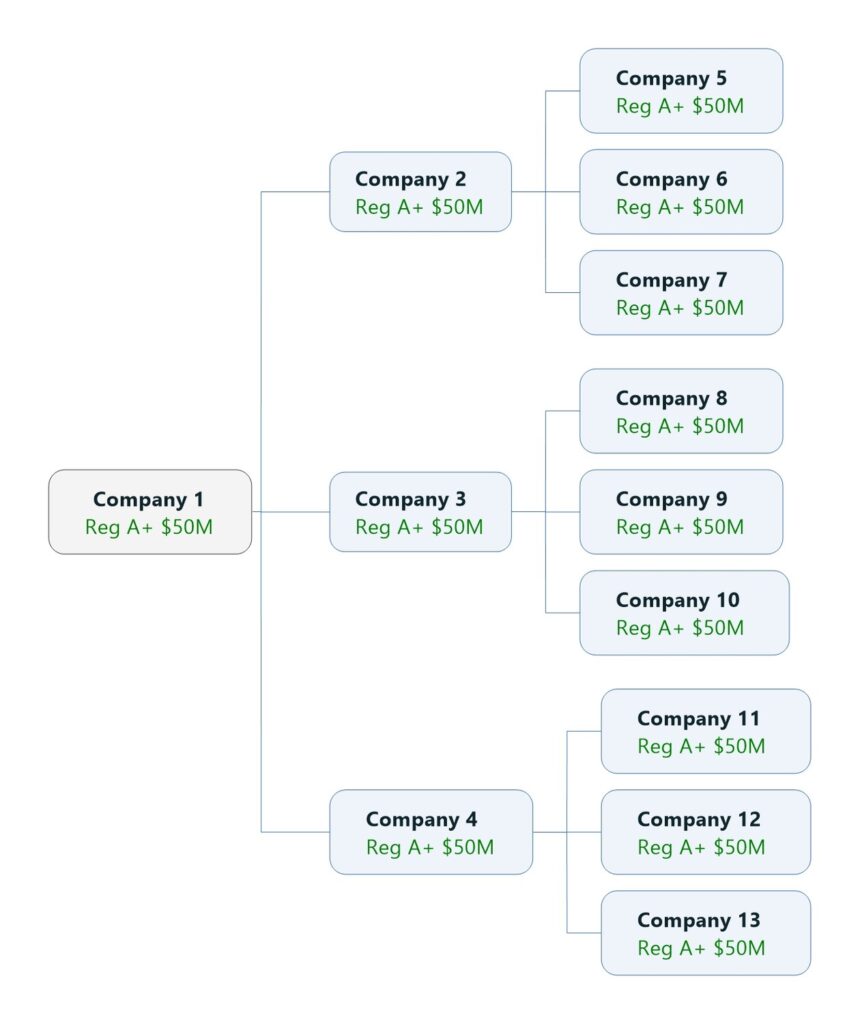 However, there were a number of problems from a securities markets regulation and from a disclosure standpoints.

How to avoid these IPOs to be considered a group of companies by the regulator ? How to avoid the birth of a tree of shareholding relationships among all these companies ? But for those answers, I charge serious money.